ClassAction.org is no longer reviewing claims for this case. The information here is for reference only.

Up-to-date information and resources can be found here.

What Is Throttling?
Throttling is the act of intentionally slowing down Internet speeds to help prevent network congestion in densely populated cities or during peak usage hours.
What’s Going On?
It has been alleged that a number of cell phone providers are misleading consumers about “unlimited” data plans because the companies are slowing down Internet speeds after customers use a certain amount of gigabytes (GB) per billing cycle. As a result, smart phone users are complaining that their plans are not truly “unlimited” and that their cell phone providers are not honoring their contracts.
Which Wireless Networks Are Throttling ‘Unlimited’ Data?
Several wireless providers, including AT&T, Verizon Wireless, Sprint, StraightTalk Wireless, Cricket, Net10 Wireless, Solavei, Virgin Mobile, MetroPCS and Boost Mobile, have been accused of throttling their users’ “unlimited” data.
Has a Lawsuit Been Filed?
Yes, the Federal Trade Commission (FTC) sued AT&T in October 2014 alleging that the company is misleading consumers by throttling and limiting their “unlimited” data. This means that AT&T customers will have to wait until the FTC lawsuit is resolved to see whether they could be entitled to compensation. AT&T isn’t the only company, however, that has been accused of misleading advertising. Attorneys would like to hear from customers using cell service providers other than AT&T to determine whether additional lawsuits could be filed.

Attorneys are investigating claims that several cell phone providers are misleading consumers about their “unlimited” data plans. Smart phone users have complained that a number of cell phone providers are throttling their data by slowing down their Internet speeds to inoperable levels after they use a certain amount of gigabytes (GB) in a billing period. As a result, these customers claim that their wireless plans aren’t truly “unlimited.”

My “Unlimited” Data Was Throttled. What Can I Do?

You may be able to take part in a class action lawsuit against your wireless provider to prevent the company from throttling your data and to recover financial compensation.

In most cases, data throttling is not illegal. The FTC, however, has said that throttling may be illegal when “it’s done in a way that is deceptive or unfair” and, in October 2014, sued AT&T over concerns that the company may have deceived customers about its “unlimited” data plans.

According to the lawsuit, AT&T failed to adequately disclose that customers’ “unlimited” data plans would be throttled after they used more than 3 to 5GB of data per billing cycle, depending on the type of smart phone they had. The lawsuit alleges that, in some cases, users had their Internet speeds reduced by 80 to 95 percent, which often rendered customers’ devices useless for days or weeks until their billing cycles started over.

The FTC alleges that hundreds of thousands of customers complained that AT&T failed to honor its “unlimited” data warranties. Furthermore, some customers incurred hundreds of dollars worth of early contract termination fees when they canceled their accounts after discovering the throttling.

The lawsuit seeks to stop AT&T from throttling “unlimited” data and to compensate AT&T customers who incurred these early contract termination fees.

Because the FTC lawsuit against AT&T is still pending, AT&T customers will have to wait until the case has been resolved to see if they could collect compensation for the cell phone provider’s alleged false advertising. If AT&T agrees to a settlement, consumers can apply for a refund through the FTC’s website. TracFone customers, for instance, can currently file a claim for compensation because the cell phone provider agreed to settle a similar lawsuit over data throttling.

Will Other Lawsuits Be Filed?

While AT&T and TracFone are the only companies that have faced lawsuits over their “unlimited” data throttling, a number of other wireless providers – such as Verizon, T-Mobile and Sprint – have been accused of similar practices.

Attorneys are investigating these allegations and would like to hear from anyone whose “unlimited” data was throttled. At this time, they are not reviewing potential lawsuits on behalf of AT&T customers due to the FTC’s lawsuit; however, individuals with any other cell phone provider that advertised “unlimited” data may be able to take legal action.

How Can a Lawsuit Help Me?

By filing a lawsuit, you may be able to prevent your cell phone provider from throttling your “unlimited” data and misleading other customers about the company’s service. Furthermore, if you canceled your cell phone service after having your “unlimited” data throttled, you may be able to recover compensation for any early contract termination fees you incurred, among other monetary damages.

ISIS has declared a state of emergency in its Iraqi stronghold Mosul after a series of assassinations, it has been reported.

The terror group has been in control of Iraq’s second largest city for more than two years since seizing swathes of territory in June 2014.

But ISIS is coming under increasing pressure across the region from opposition forces on the ground, backed up by airstrikes from Russia and the US-led coalition.

Iraqi troops, Kurds and allied militia are closing in around Mosul.

And now the group is apparently being attacked from within the city as well. 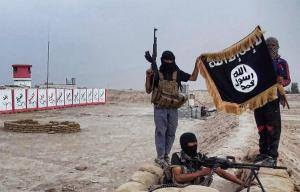 CAMERON TO BLAME FOR LIBYA

Ex-PM on hook for rise of ISIS after his botched Libya bombing campaign, say MPs 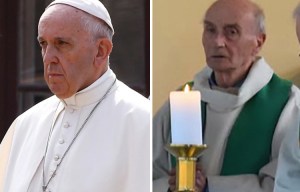 ON THE PATH TO SAINTHOOD 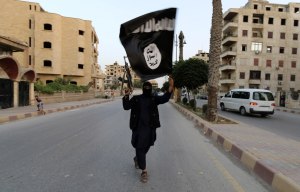 I KILLED MA ‘FOR JIHAD’ 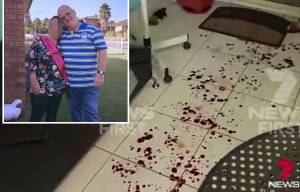 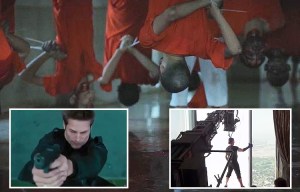 Iraqi News reported the terror group had pulled its troops off the streets after a spate of assassinations.

The website quoted a “well-placed source” as saying: “The international coalition airstrikes on Tuesday and Wednesday destroyed gathering points and headquarters of ISIS in the forest areas in Mosul, and also destructed an ISIS headquarters in al-Imam al-Azam College.

“ISIS have panicked after the waves of assassinations and have begun to cut off the main roads to the residential neighbourhoods after declaring a state of emergency in the city.”

The group recently banned women from wearing burkas in Mosul – having previously forced them to wear them – after a number of its top brass were reportedly killed by veiled women.

The Iraqi government has promised to re-take the city this year, with the US-led coalition training thousands of local Sunni fighters for a big push.

And a top US general recently said the government was on track to meet its target after the jihadis were pushed out of the nearby town of Qayyarah.

The desperate militants set fire to the nearby oilfields as they fled their positions – sending black smoke billowing into the air and flooding the streets with oil.